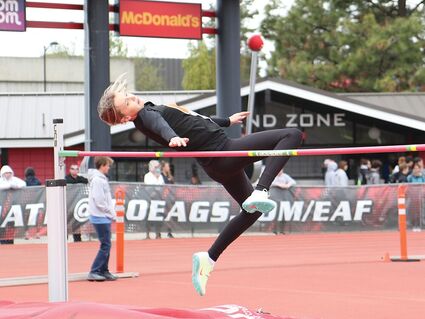 Odessa's Lily Starkel jumps over the beam during the girls high jump Saturday, June 28. Starkel placed second in the event at the State 1B Championship Meet in Cheney.

All of the girls who placed at the meet are freshmen and sophomores except for Ashlyn Neilsen, a junior. The outlook for the tea...