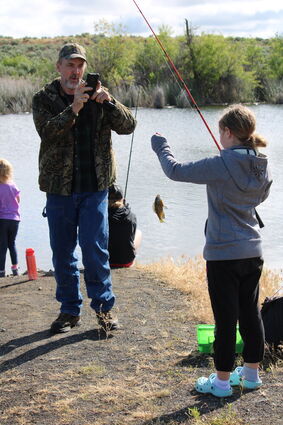 ODESSA – The kids' fishing derby held Saturday morning, June 11, on private property at Schafer's pond south of Odessa was sponsored by the Crab Creek Alliance, the second event held this year by this newly organized Odessa non-profit. Many contributors to the event provided fishing poles for those who did not have them (although most brought their own), as well as everything from nightcrawlers for bait, hand-tied fishing flies by Rennie Tassell of Rosalia, and even cupcakes and bottled water for the kids and their adult supervisors by My Soapbox of Odessa and Jodie Cakes and Bakes of Davenport. 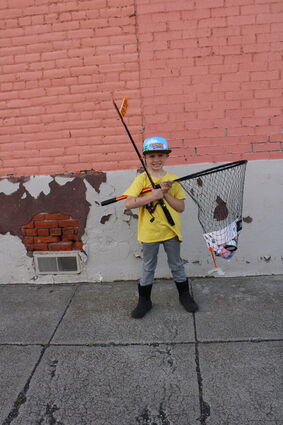 The possibility of light rain did not dampen spirits, and more young anglers arrived during the 2.5-hour event than organizers were expecting. The turnout was very gratifying, the organizers said.

Raffles for fishing poles and tackle boxes donated by Odessa Hardware were held throughout the event, with a final drawing for a grand prize supplied by the Alliance.

The winner of the grand prize of brand new fishing pole, reel, net and assorted tackle was young Merick James, son of Kaylene James of Odessa.