Magers, Watkins recognized prior to retirement 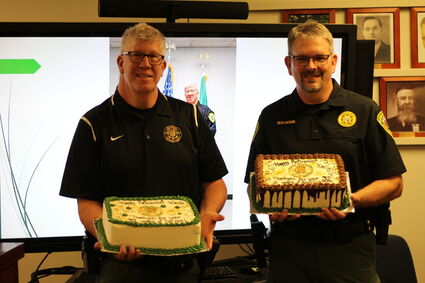 Magers and Watkins are both set to retire June 30 after working together with Lincoln County for 32 years.

The current sheriff has been in his post for 15 ½ years and is retiring six months before the conclusion of his fourth elected term. Magers, of Wilbur, was first elected by county citizens in 2006 after se...