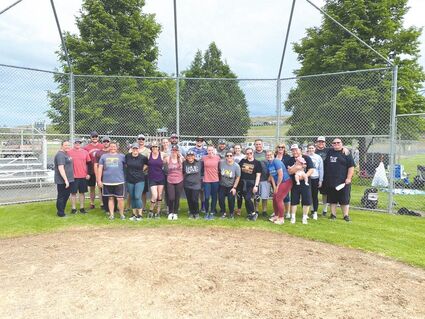 ODESSA – The Odessa women's softball team had a bye week in their schedule a few weeks ago and decided to hold a Jack & Jill game with spouses, family and friends during that week.

According to team member Paige Smith, the game was so much fun, the team thought it would be fun to do another Jack & Jill game. Smith and her teammates planned the second Jack & Jill game for last weekend, followed by a BBQ afterwards with everyone bringing a side dish. By all accounts, the event was a lot of fun for all involved.