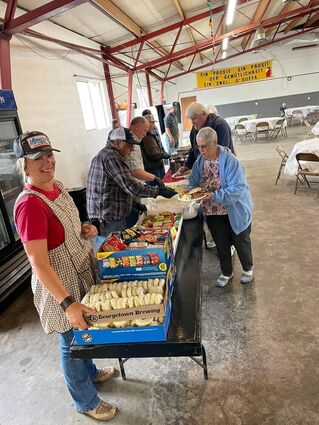 The firemen and their families serve the citizens at the BBQ on July 4.

ODESSA- The annual Firemen's BBQ was moved to the community center due to rain on July 4.

The benches that were originally up in the park were removed following the rain.

Payments for the prepared meal were all by donation.

Potato salad with pickles and fresh dill was full of flavor.

Credit goes to the firemen and their families for making the dishes.

The community center was decora...