By Terrie Schmidt-Crosby
The Record Times 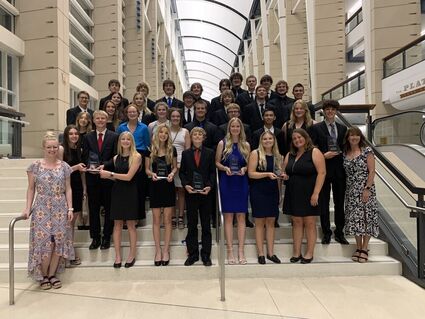 The Odessa High School chapter of FBLA sent 34 members to the National Leadership Conference in Chicago at the beginning of July. Four teams made it to the finals and all four placed in the top 10, including a first place, two second-place wins and an eighth-place.

Four Odessa teams of three or four students each brought home national awards. Odessa competed in 10 events and made it to the finals in four. All four placed in the top 10.

The Partnership-with-a-Business team of Emily Scrupps, Jacob Scrupps and Nathan Carstensen was first in the nation, competing against more than 75 other schools....