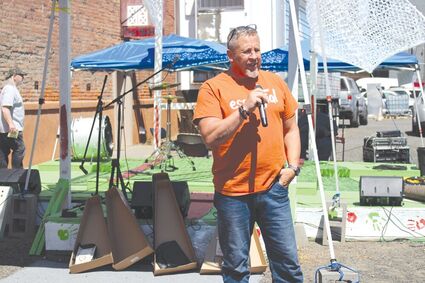 Guest speaker coach Joe Kennedy flew in from Florida to share his story of faith.

He flew in from Florida for the event.

Kennedy was placed on leave in 2015 from Bremerton High School following disagreements with the school on freedom of religion rights.

Kennedy talked about where his inspiration to start praying on the field came from.

He said after seeing "Facing the Giants", a Christian film, he committed to praying on the field no matter the outcome.

At first the prayers had been personal and private, but over time, they began attracting at...