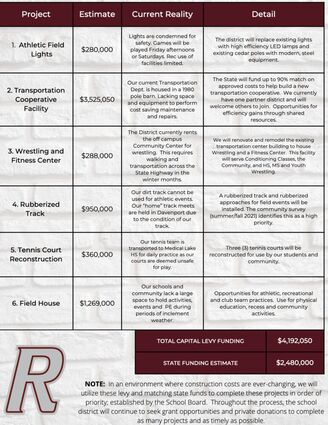 REARDAN-The school district has a laundry list of capital improvements it hopes to complete in the next five years, most of which surround the athletic facilities slipping in quality behind many other area schools. Those improvements cost money, so the school board approved a motion to run a capital levy in this year's November general election at the board's July 27 meeting.