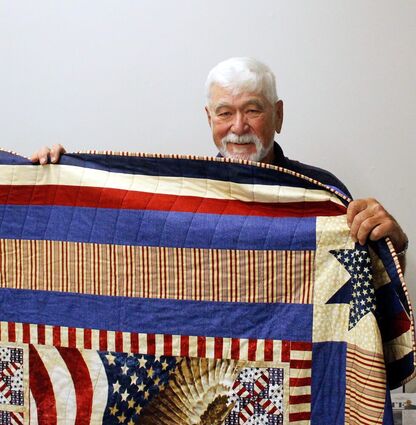 The local news coverage of the celebration for units returning from Iraq and Afghanistan left me with mixed emotions. I was delighted that our fighting men and women were being embraced by our community. At the same time, however, I couldn't help feeling an emptiness as I recalled the lack of welcome for those of us who returned from Viet Nam. We came home to an ungrateful, and sometimes hostile, nation. In some extreme cases, we were spit on as we got off the plane. Some of us had relatives who were part of the protest movement and openly spoke out against our involvement and harshly criticized America's soldiers. When we returned to stateside assignments, we were advised not to wear our uniforms off base in order to avoid the potential of being targeted by protestors. Many of those who served in Viet Nam went reluctantly. They were either drafted into the Army or joined other services to avoid the draft. Others, like myself, were career military and volunteered for combat duty in Viet Nam. All of us, however, were unwelcome in the local community, so we tended to become isolated and associated only with those with whom we could share common experiences. We gradually went on with our lives but never forgot our homecoming reception.

About eight weeks ago, I was called by Diana King, one of the Eastern Washington coordinators for the Quilts of Valor Foundation. She told me I had been nominated to receive a quilt in honor of my military service. At first, I declined, and told her that I would rather not dredge up old memories. I have since been informed my reaction was not unusual. Almost a third of those nominated decline. My wife, however, encouraged me to participate, so I went to the presentation. I was totally unprepared for the emotions I felt. My daughter is a master quilter, and I am aware of the time and love that is sewn into each handmade quilt, but for the first time in over fifty years someone said, "Thank you for your service", and I felt like they meant it. It was as if a heavy weight had been lifted off my chest. A few weeks later I observed another presentation to a good friend who had also served multiple tours in Viet Nam. His reaction was much the same as mine. These ladies who care enough to mend the hearts of old warriors have become my heroes. I am unburdened of the resentment that began so long ago.

The Quilts of Valor concept began in 2003 when Catherine Roberts, the mother of a soldier serving in Iraq, had a vision. From her son's letters, she was aware of his situation and how lonely he felt. In her vision, she saw him wrapped in a quilt. A hand made comforter transmits love from those who make it to those who wrap themselves in it. When Catherine explained her vision to her quilting circle, the idea quickly spread into a nationwide movement. The foundation currently has well over 10,000 members working with 600 groups in all 50 states. As of August 7, 2022, Quilts of Valor has t ouched the lives of 318,483 American combat veterans. The American foundation served as inspiration for movements in Canada, The United Kingdom, Australia, New Zealand, and South Korea.

At least four different ladies worked on my quilt. The first did the design for the top of the quilt, another put in the batting, a third added the backing and edges, and finally a fourth put the parts together and quilted it. Each quilt is unique. Mine has an eagle as the center focus surrounded by red, white and blue designs. A fifth lady made a case to store and protect my quilt. I was warned not to protect it by putting it out of sight in a drawer. In order to honor those who spent many hours to tell me "Thank you for your service", I will use my quilt as it was intended. It will stay on the back of my couch, and I will wrap myself in it any time I feel sad or sorry for myself.

No one is the same after experiencing combat. Then, for that service to be unappreciated can be devastating. The thousands of ladies who participate in this program are true heroes. They care enough to heal the hurt. On behalf of American combat veterans everywhere, I thank them.

– Frank Watson is a retired Air Force Colonel and long-time resident of Eastern Washington. He has been a free-lance columnist for over 20 years.