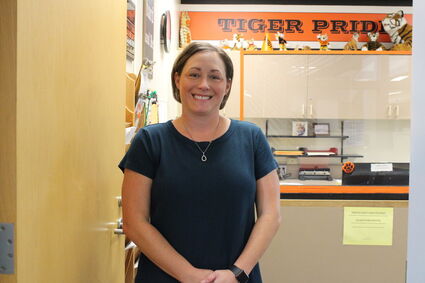 Lewis stepped into the position after Chris Crossley announced her plans to leave the position.

Principal Jamie Nelson said she's been hard at work training and learning the details of the job.

Crossley has been training Lewis in preparation for her exit.

Mike and LuAnn Hardung are her parents and Mike Hardung was a local farmer.

Her grandparents are Phyillis and Don Weishaar.

Joe and Daisy Hardung are her second set of grandparents.