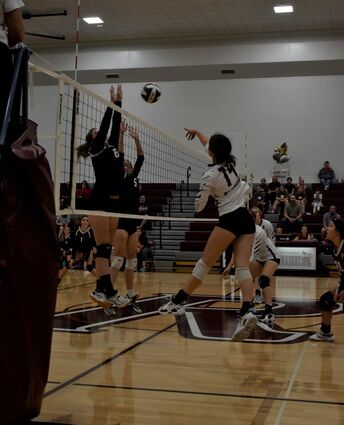 Reardan senior Emma Flaa sends a kill over the net against Kettle Falls Tuesday. Flaa and the Screaming Eagles beat the Bulldogs in straight sets Oct. 4.

REARDAN--The Screaming Eagles volleyball team relied on their attacking offense and scrappy defense to overpower Kettle Falls in NE2B action in Reardan on Oct. 10. Reardan won 25-11, 25-13, 25-16 over the winless Bulldogs.

The win improved Reardan to 2-2 in league and 5-3 overall.

Kettle Falls was led by Rachel Johnson, who had nine assists, and Macy La...