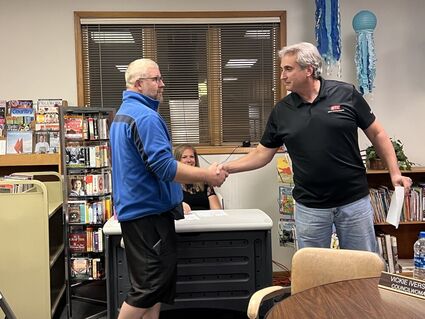 Clark has been a long-time resident of the area and is an assistant coach for Odessa's high school football team.

Clark applied for the position after Amy Gimmestead's departure.

Police Chief Les Jimerson reported that he had two speeding tickets where one driver had no insurance and the other was missing registration.

Jimerson said he had one medical assist, one trespassing and multiple complaints of harassment.