Young Gorillas on the upswing 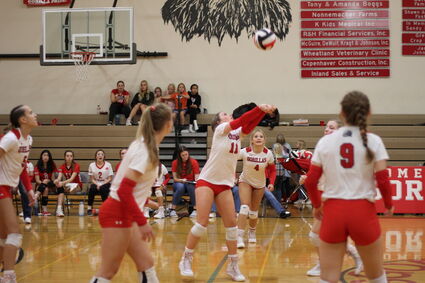 DAVENPORT-There hasn't been a ton of winning by the high school volleyball team here in recent years, but an influx of young talent is beginning to change that. A squad made of mostly underclassmen won its third straight match against St. George's last Thursday before falling to second-place Lind-Ritzville/Sprague in four sets Tuesday.