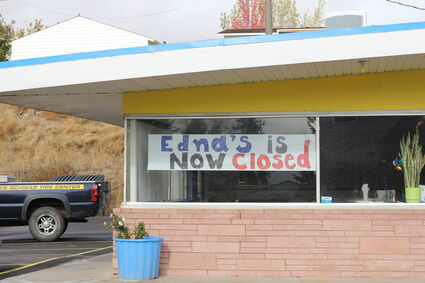 A sign outside Edna's Drive-In shows that the local staple is officially closed for business.

DAVENPORT-Yes, the rumors are true and the signs outside don't lie: Edna's Drive-In is in the process of selling its property to Les Schwab, the business next door. The sale has been agreed to, but final documents haven't been signed yet, co-owner Mike Fries said.

Les Schwab hasn't announced its plans for what it will do with the extra space (general manager Mike Marler said corporate hasn't even told him yet), but those plans likely don't involve burgers and milkshakes to go.

"We haven't closed yet, but I don't think we're going to be running a restaurant," Les Schwab chief marketing off...