NWC gets victory over Davenport 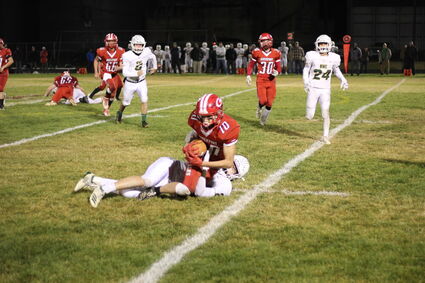 DAVENPORT-On the first cold game night this season, the Gorillas looked more chilled than its opponent. The Northwest Christian Crusaders came to town and knocked off Davenport 20-14 to spoil hopes of a Homecoming triumph and end the Gorillas' chances of competing for a state playoff berth.

The loss dropped Davenport to 3-3 in league and 4-3 overall with one regular season game remaining. Northwest Christian picked up just its second win of the season, improving to 2-5 overall and 2-4 in league.