The negotiations were short

Agreement reached with Teamsters, but 1254 walks out 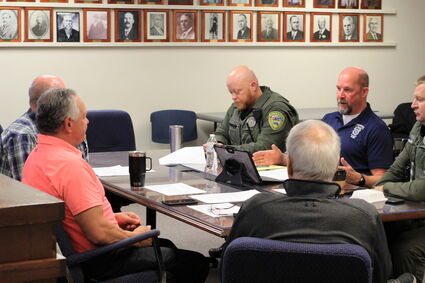 DAVENPORT-The road to finding a solution for county medical insurance isn't over yet, but an important step was taken Monday. The Lincoln County commissioners agreed to a memorandum of understanding with Teamsters Local 690, which represents the Sheriff's Office's commissioned and non-commissioned deputies Monday, Oct. 31.

Those under the Teamsters umbrella will switch to the Teamsters medical plan at the start of 2023. Deputies unanimously voted in favor of such a transition last week, several sources told The Record-Times.

Therefore, deputies won't be under PEB medical insurance like the...