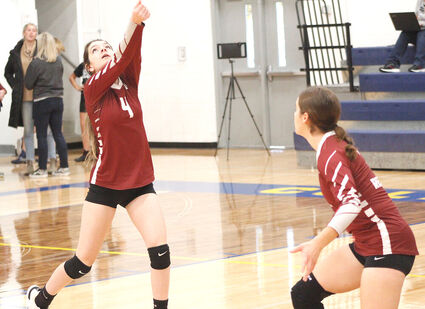 COLFAX – Reardan was in control of its own destiny after defeating Davenport on Nov. 2.

Reardan needed two wins to secure the No. 3 seed in the district to advance to the state tournament in Yakima.

But the Screaming Eagles were unable to do so Thursday night, Nov. 3, in the Colfax High School gymnasium, losing in three sets to the Upper Columbia Academy Lions of Spangle in a loser-out game.

Reardan was initially able to keep pace with the Lions, trailing, 9-6, in the early stages of the first set.

That was the closest the Screaming Eagles came to the Lions, with Upper Columbia going on a...