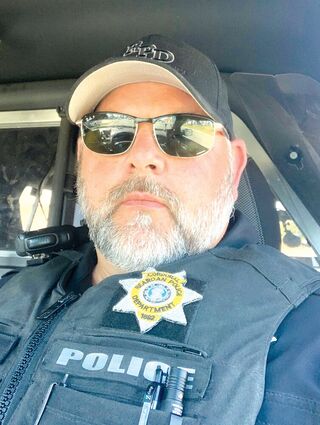 Gordon transitioned into law enforcement in 2013 after working as a medic in Newman Lake.

"As a medic, I responded to medical emergencies and found myself more interested in what the police officers were doing than in my job," he said.

During his tenure, he worked under several chiefs, but was most grateful to Chief Andy Manke for his contributions to the department.

"When I started, we had one police car," he said. "Now we have four. Chief Manke improved the department by leaps a...