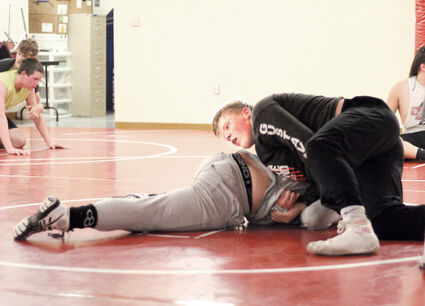 DAVENPORT-A first-year head coach that has been an assistant coach for over 20 years. Four wrestlers returning that competed at the Tacoma Dome last year. And for the first time, two females ready to make school history.

That's the current situation for the Davenport wrestling team, that began practice under new head coach Matt Schneider this week.

Schneider, a local rancher that was an accomplished wrestler in his own right in the 1990's, will head the team after being an assistant coach here for over two decades.

His assistants will be Noah Ziemann and Jesse Hoff.