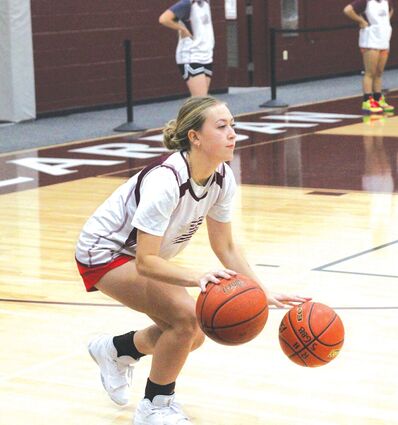 REARDAN–This year's Screaming Eagles girls basketball team may be short handed, but Coach Bob Swannack believes his senior-laden squad will be competitive in the NE2B League.

Swannack graduated eight players from last year's team that finished 13-7. The Screaming Eagles may be unable to field a junior varsity team this year due to low player turnout.

"Because this team played in the shadow of last year's seniors, we are going to have to learn on the fly," Swannack said.

Though his players were short on playing minutes last season, some of them gained valuable experience participating in a summer league.

"Fortunately, basketball season is a marathon and not a sprint," Swannack said.

"We should see a lot of improvement by the end of the season."

He expects his team to exhibit strong fundamentals, play solid defense, rebound, make their easy shots and get to the free throw line.

"If we do that, we will be competitive and win some games," he said. "We are undersized this year, so I hope to play fast."

The Screaming Eagles open their season at home against Okanogan on Nov. 29.