Cheney native has been in Reardan since 1968 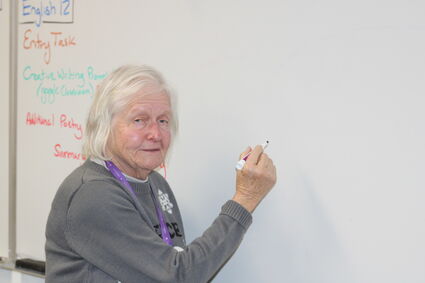 REARDAN--After 31 years of teaching, Dorothy Balum retired in 1998, only to return here as a substitute teacher for the next 22 years (and counting.)

Balum, age 80, has spent most of her life in education. She attended a two-room school for eight years before moving on to Cheney High School. After graduating, she attended Eastern Washington State College, earning degrees in English and psychology. She then completed master's programs at Eastern and Gonzaga.

In 1964, the Waterville School District hired Balum at an annual salary of $4,800. She stayed there four years before accepting a job...