The heart of Reardan

Hogan is a friendly face to many 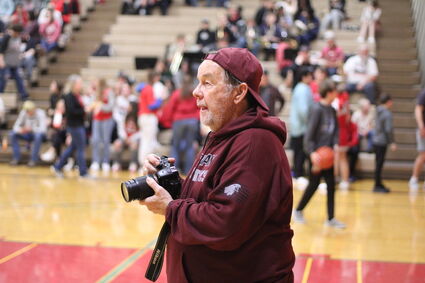 REARDAN–Pat Hogan found his life's calling in serving others. His joy is infectious, and his encouragement knows no bounds. But it wasn't always like that.

As a child growing up on Waukon Road, east of town, Hogan had to compete with a bottle for his father's attention. Alcohol in his home made his childhood "painful."

After attending school in Edwall for eight years, he transferred to Reardan for the ninth grade. During his sophomore year, his father, driving drunk, hit a train and was hospitalized.

Hogan moved to Spokane and attended Rogers High School to be near him.