County could be hit by snowy winter 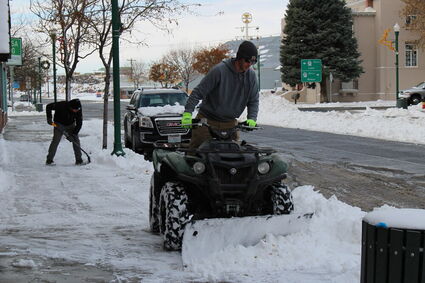 Odessa locals work hard to clear the snow while the sun shines briefly after a snow storm on Friday, Dec. 9.

The National Weather Service has Davenport at 25.5 inches of snow for this winter, which is already more than December of 2021 at 13.8 inches.

According to National Weather Service Meteorologist Miranda Solveig Cote, seasonal trends can be challenging to track.