Reardan girls win one, drop one 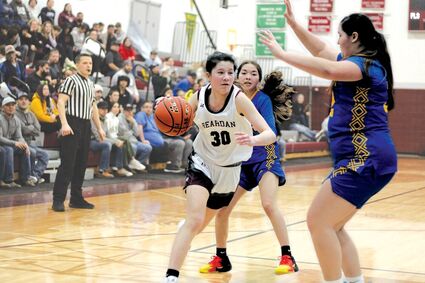 REARDAN – After scoring only 14 first-half points, the Screaming Eagles girls basketball team found its shooting touch and defeated Wellpinit, 40-30, in their first game of the Lions Club Christmas Tournament on Thursday, Dec 29.

Scoring only 4 points in a quarter normally does not bode well for a team's success, but that was all Reardan could muster in the first quarter. Fortunately for them, Wellpinit didn't do much better.

They scored 7 first-quarter points. Both team's tepid shooting resulted in Wellpinit leading 16-14 at the intermission.

"At halftime, coach saw us with our heads do...