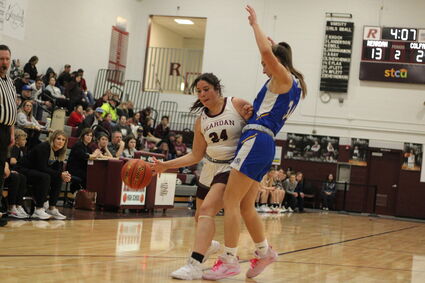 Early on, Reardan looked as if they would challenge the 11-0 Bulldogs after hitting two quick treys and converting on three other shots. By the end of the first quarter, they faded as Colfax stepped up its defense and sank shots of their own. The quarter ended with Colfax leading 21-13.

From that point on, the Bulldogs dominated, allowing Reardan only five points for the rest of the game. The Screaming Eagles committed 25 turno...