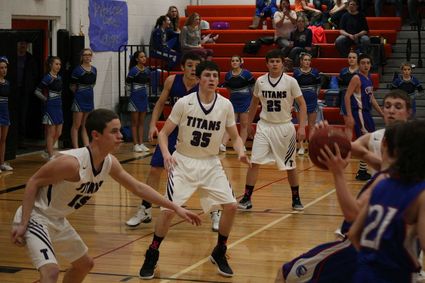 Theron Schlomer, Lane Lobe, John Tanke and Joshua Clark kept Curlew at bay in the latter stages of the home game in Odessa on January 27.

Scoring leaders were Ryan Moffet with 27 points and Camden Weber with 11 for the Titans. Moffet also upped his defensive game by leading the team in rebounds with six and steals with three. Marcus King had five assists to...