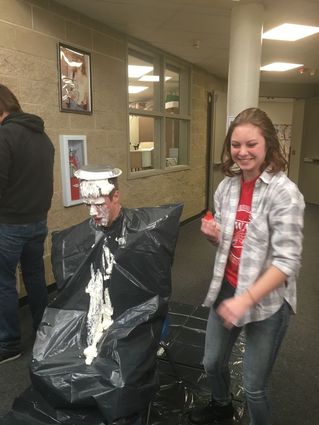 FBLA Week was celebrated by the Odessa chapter of the Future Business Leaders of America on February 6-10. The highlight of the week was the annual "Copper vs. Silver" completion, where classes competed against each other to raise money for the March of Dimes. While the freshmen gave it a great effort, the sophomores won the competition. Sophomore class president Megan Shafer threw a pie into the face of John DeWulf, president of the senior class. As a group, they raised more than $92 for the prevention of premature babies.