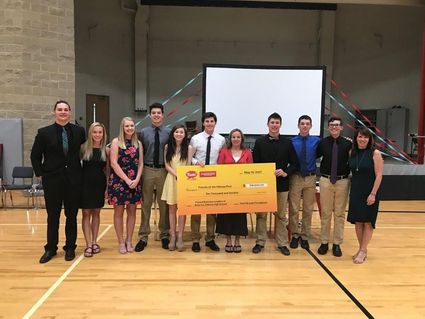 Odessa High School FBLA members observed first hand how winning the Lead2Feed Challenge for the third year in a row impacts the Odessa Community. Members celebrated their second-place award for the 2017 school year at a special assembly where they presented a check for $10,000 to Lindsy Starkel, president of the Odessa Friends of the Pool. This money, along with the $2,500 won by FBLA for their Toasty Tots project from STCU last December, will be used for two new heat pumps, lifeguard wages and training.

FBLA members were then invited to be guests of honor at the Odessa Fire Department's mo...