Harvest has begun: Be safe, prevent fires, yield to trucks 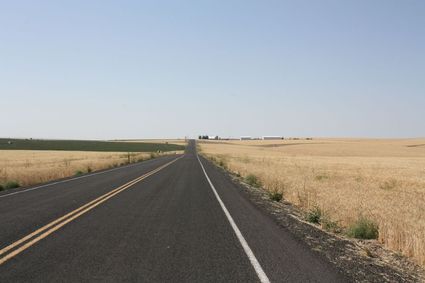 --Photo for The Record by Linda Goodman.

Along Batum Road, fields extend to the horizon, with hay crops interspersed among the golden shades of ripe wheat. Harvest has finally begun and will extend into September in parts of eastern Washington.

As we go to press this week, harvest has yet to start within the closest environs of Odessa, although the station of the Odessa Trading Co. at Batum began receiving hard red winter wheat last week. This week, the stations at Moody and Ruff also began receiving hard red winter wheat, with one dryland field coming in at 60-61 bushels to the acre. The few quality reports that have come in also look good so far, according to Mark Cronrath, marketing manager for OTC.

The station at Wilson Creek, for which OTC has obtained a five-year lease, also began receiving wheat this week.