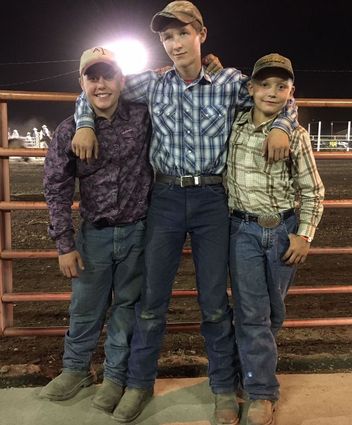 Sam Schneider and Jakin Griffin, both of Davenport and Tucker Walter of Odessa participated in Lincoln County Fair's Wild Pony Races. These young men were sponsored by Basin Tree Services. The owners of Basin Tree Services are Tucker's aunt and uncle, Dan and Judy Nelson of Ephrata. Six teams participated in the event Saturday night of the fair. The goal of the event is to hold onto the pony, then have one person jump on and ride it for eight seconds. Tucker was the anchor man, Sam the headman and Jakin the rider.