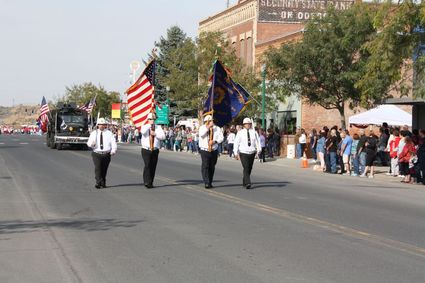 The 47th Odessa Deutschesfest appears to have drawn a good crowd. No final figures have as yet been submitted to The Record, but our view from being at various venues was that lots of people came and all appeared to be having a good time.

The book sale that benefits the Odessa Public Library made its largest profit ever. Nate Lathrop of Rolling Thunder Pizza and sponsor of Saturday's all-ages dance and Sunday's motorcycle show called it "the best Fest ever!"

A description of some of the events follows below. We will cover other events next week as more information comes into our office.