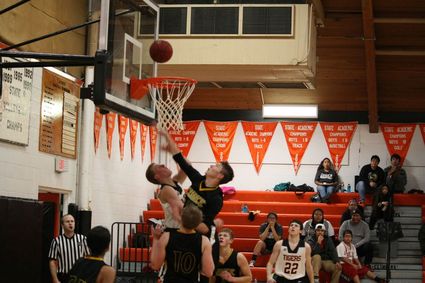 Tim DeWulf and an opponent fight for a rebound as Lane Lobe (#22) looks on in recent basketball action on the home court.

On January 9, the Tiger boys faced Wellpinit at home in Odessa, getting the win by a 20-point margin.

Tim DeWulf led the rebounding with 11, and Marcus King had eight. Weber had eight steals, an...