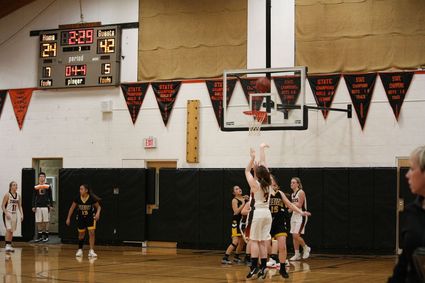 Kenadie Elder (#3) takes the shot, as Maddy Wagner goes into the key for a potential rebound in a recent home game in Odessa.

On January 9, the Tiger girls lost to Wellpinit in a game played in Odessa.

Maddy Wagner scored 15 points to lead the Tigers, and McKennah Davison had nine.

Against Selkirk Friday, January 12, the Odessa girls came up against...