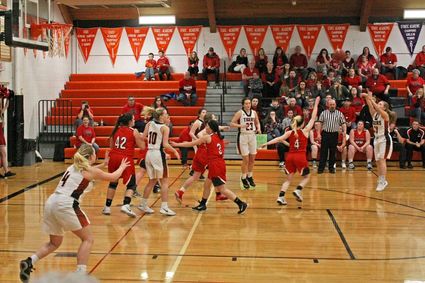 On February 5, the Tiger girls defeated Harrington in a playoff game played at home in Odessa.

The Harrington Panthers, having returned to their original red and black colors, were supported by a large group of fans also mostly in red and black and cheering for their team with great enthusiasm.

The game got off to a wild start with both teams playing very ragged ball, racing down the court and taking poor shots in the frenzied opening minutes. The score rose slowly at first, but the Tigers found their rhythm late in the first quarter and built on their lead from...