Lots of boys turn out for junior high basketball 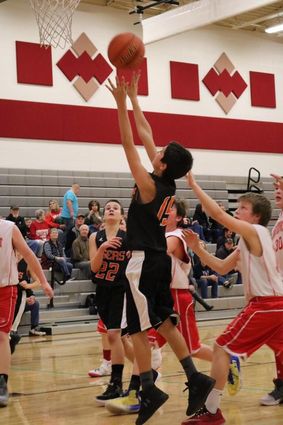 In junior-high basketball action against Springdale on January 25, the young Tiger boys won all three of their games. The varsity squad won 47-19, the junior-varsity won 43-21 and the C-squad squeaked by with an 18-17 win.

On Monday, February 5, against Almira-Coulee-Hartline, the junior-high varsity boys were overpowered by a taller, faster group of boys, losing 59-23. The shots just would not fall for the Tigers.

The junior varsity was behind for much of its game but managed to bear down near the end of the game and squeeze out a 30-27 win for the Tigers.