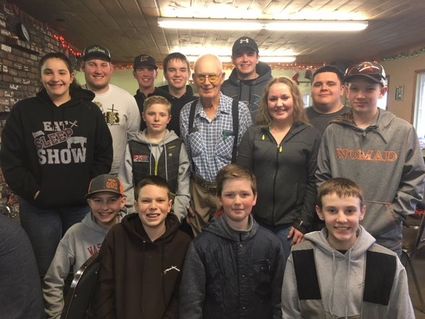 The Inland Northwest Trapshoot competition, sponsored by the Spokesman-Review newspaper of Spokane, completed week seven on Sunday, February 25, and finished up its season with awards on March 4.

The combined Odessa-Marlin shooters took third place in Division I of the men's contest with a score of 793 behind Yakima Valley Sportsman with 797 and the Colton Gun Club with 796.

Although the temperatures were milder on February 25 at 45 degrees, wind gu...