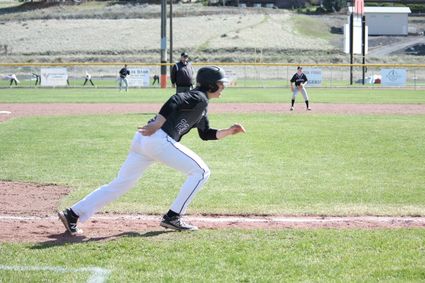 Coming back from Spring Break, the Tiger baseball team faced off against Columbia High in Hunters on April 10 and against Ritzville on April 12.

In the double-header against Columbia, the Tigers completely dominated the opponents, 27-0 and 23-2.

Starting pitcher in game #1 Theron Schlomer went three innings, striking out seven and walking one. He threw 38 pitches, of which 26 were strikes. He was relieved in the fourth by Jett Nelson who finished out the next two innings and the game. Nelson threw 27 pitches of which 17 were strikes as he struck out three and walke...