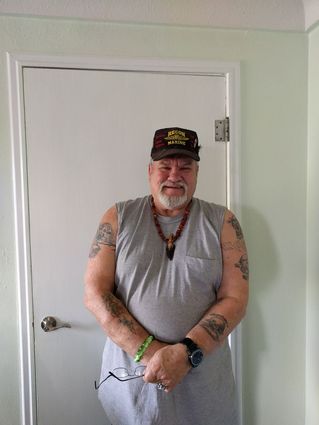 It is finally spring in Odessa, and the world is beautiful. Let me introduce you to my neighbor Frank Clark.

Frank was born April 29, 1947 in Everett. He grew up in Lake Stevens with his parents and five sisters. He graduated from Lake Stevens High School in 1965, and soon after graduation he joined the U.S. Marines. He served two full combat terms in Vietnam. During that time he met a girl in Japan. They married and through that union two daughters were born. The marriage ended in divorce in 1980. Frank is the grandfather of six grandchildren, five granddaughters and one grandson.