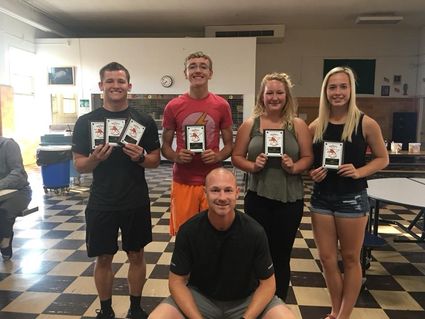 At the conclusion of the track and field season for the Odessa Tigers, the coaches and student athletes gathered for a final awards ceremony and ice cream social on June 5 in the school cafeteria.

Graduating senior Gaven Elder received three awards, the Captain's Award, the Most Dedicated Award and the Most Valuable Award.

Brady Walter was voted the Most Inspirational athlete on the boys' team, and Tori Weishaar received that same honor for the girls' team.

Caitlyn Schuh received the Most Valuable award for the girls' team.