Changes at OMHC; weekend of fire 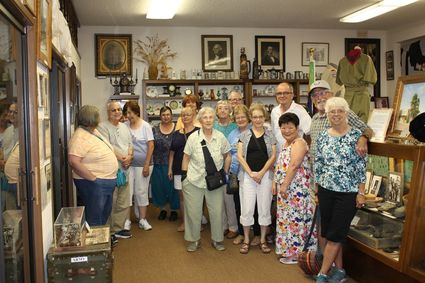 Odessa's two nurse practitioners Rich Ervin and Debbie Fogg have given notice that they intend to leave their positions at Odessa Memorial Healthcare Center later this fall. We've not had an opportunity to speak with either one, but we did contact hospital administrator Mo Sheldon, who had this to say, "We are sorry to say goodbye to Rich and Debbie, and it's unfortunate that their resignations are coming so close together, but it's a hard reality that turnover in health care is often unavoidable. We are grateful for the work they did, as well as the work done by the other clinical and administrative staff who are at Odessa Memorial Healthcare Center, day in and day out. Our focus now is on expanding that team with great new caregivers who are a fit for patients and colleagues alike."

Clinic manager Barb Schlimmer is already hard at work, lining up temporary providers while she searches for candidates to fill the two positions here. Both Ervin and Fogg will remain in Odessa for most of the fall.

It turns out that Andy of Andy's Fruit and Produce is facing a far more serious neck surgery than she had expected. Two vertebrae have collapsed, and the procedure will be complicated. She informs us that she has had to cancel the rest of her summer deliveries and says she is sorry her season had to end early this year. She expects to be back next summer.

Friday night's (or actually early Saturday morning's) thunder, lightning and rain woke up most Odessa residents with a wild display of sights and sounds. One lightning strike was thought to have struck right in the middle of town, knocking out power for a few hours, at least in some parts of town. Throughout the area, the strikes that hit the ground started fires in dry brush or ripe wheat fields. After the light show, the skies opened up and it rained steadily for quite some time.

The storm seems to have centered itself right above Odessa. Farmers only a couple of miles out of town said they received only a sprinkle or two of rain and heard only distant thunder. As Saturday dawned, firefighters were called out again and again to put out fires and hot spots caused by the lightning in areas that got none or very little of the rain that followed.

Hug a firefighter the next time you encounter one. They earned their keep this past weekend.

The Oom Pas and Mas, the homegrown polka band that wows visitors in the Biergarten during Deutschesfest, held their first rehearsal for this year's event last Sunday evening in the community center. Band members come from throughout the area, although the majority are from Odessa.