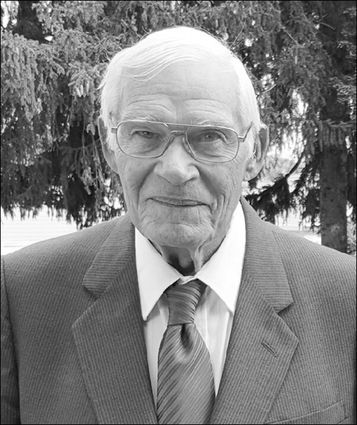 Art, the youngest son of Michael and Zelemia (Bohnet) Winter, was born on March 1, 1930, at Lamona, WA. After graduating from Odessa High School in 1948, he served as a U.S. Army medic during the Korean War, stationed in Panama.

He worked as a farmhand, a warehouseman for the Odessa Union elevator and was a Saturday night patrolman.

Art immensely enjoyed hunting and fishing. He and Doug spent countless hours on the Salmon, Snake, and Clearwater rivers. He won numerous blackjack tournaments and introduced the squirrel population to Odessa.

Art was a genuinely warm, caring, gentle and kind-hearted man who was respected and loved by all the lives he so greatly enriched. He exemplified God's selfless, sacrificial and unconditional love for his family. We know of God's goodness through him.

Art was preceded in death by his parents, his siblings Albert, Esther Greenwalt, Walter, Pauline Leisle, Viola Fode and Dorothy Shafer, and his granddaughters Tana Woodburn and infant Rebecca Winter.