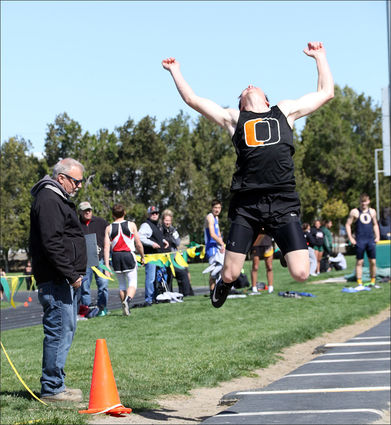 Pilot Weishaar gives it his all competing in the long jump in last Saturday's meet in Quincy.

A full team was present and led to the girls achieving seventh place as a team, while the boys finished ninth. 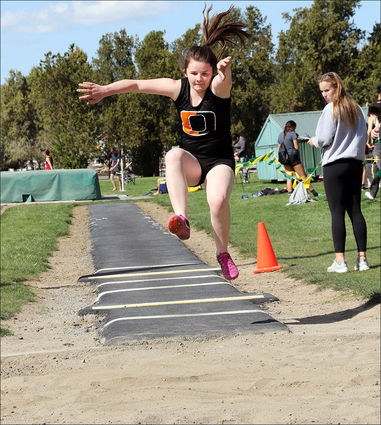 In the triple jump, Kenadie Elder shows good form. She also did well in the javelin, taking second place with a new personal-record throw.