FBLA Window in memory of Albert and Mollie Wolf 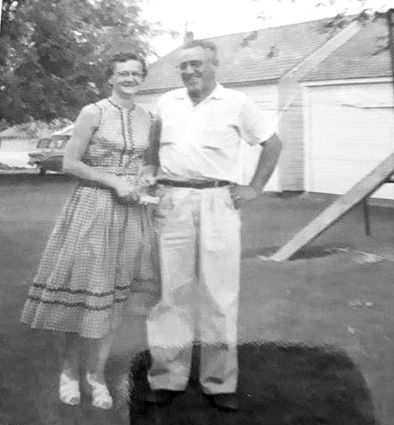 As the Odessa community and the FBLA chapter at Odessa High School celebrated completion of the Old Town Hall Window Campaign, this week's sponsorship was purchased in memory of Albert and Mollie (Heinrich) Wolf. They married in 1937, and their two children, Ric Wolf and the family of Maureen (Wolf) Bueschke are the sponsors of this window. Ric and Maureen's parents were active community volunteers and supporters of many civic projects. They also owned and operated Wolf Motor Sales for 36 years.