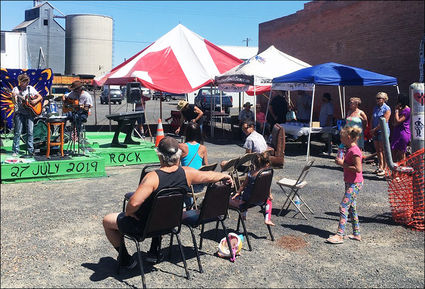 The first annual Christian Rock Freedom Festival went was held last Saturday in the lot across First Avenue from Rolling Thunder Pizza. There was a steady stream of visitors all day, enjoying themselves and interacting with those in the Music, Faith and Prayer Tent, according to event organizer Nate Lathrop. The tent was hosted by a "Time to Revive Ministry" chapter out of Spokane (part of a nationwide organization based in Richardson, Texas). Several local pastors also performed.

Donations were received to help defray the expenses associated with the event, as well as to benefit the new G...