Tigers win 3 matches in one day, going to state 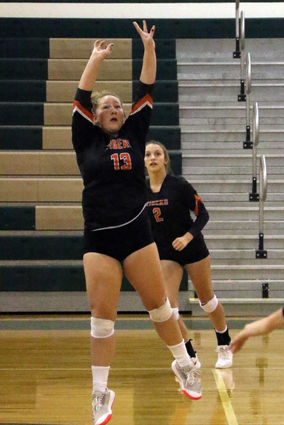 Caitlyn Schuh (13) sets the ball, backed up by Ashlyn Neilsen (2) in Saturday's action at Northwest Christian High School in Colbert.

The Tiger volleyball team played at peak performance last Saturday, November 9, in District play at Northwest Christian High School. Against the other Tigers in the league, the Odessa Tigers were relentless.