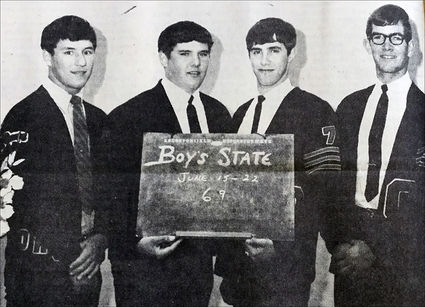 News updates: D. E. Schimke caught the burglar that entered three Odessa business houses. He was sleeping in the old Salsburg elevator and Mr. Schimke kept watch over him while his son, Tolbert, called Marshal Durland. The burglar, who still had Sol Reiman's automatic in possession, was identified as a man that was wanted in three counties and he was bound over to the superior court.