By Roger Harnack
of the Times 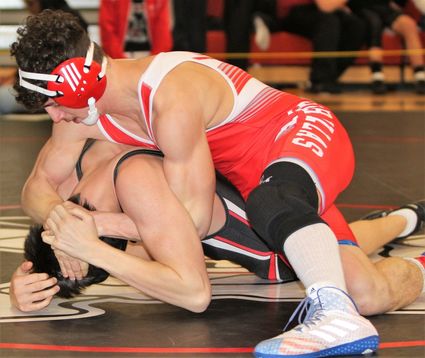 Then he pinned Noah Sievers of Liberty in 45 seconds in the semifinals and Mike Bauman of Northwest Christian (Colbert) in 46 seconds.

Plasencia led the Gorillas as the team finished second overall with 246 points.

Liberty dominated the tournament, racking up 297 team points. Reardan was third with 168, followed by Lind-Ritzvil...