Odessa player hits 3,101 points, and then some 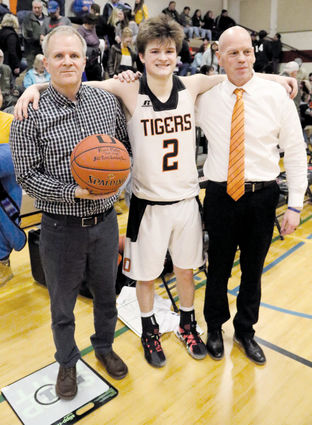 He broke the record set just last year by Brock Ravet of Kittitas, a Class 2B school.

In his four years at Odessa High School, Moffet has been a starter since his freshman year. After trying a few other sports in his younger years, he found basketball to be his true love.

And his dedication to it has shown.

The time he has spent practicing and conditioning is phenomenal, all while maintaining top grades, as well.