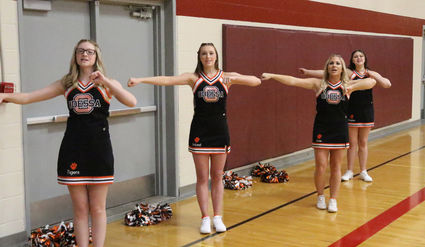 Odessa High School's cheerleading squad has won the academic championship for 1B schools for the winter sports season with a combined grade-point average of 3.751. The five girls on the squad are Alyssa Iverson, Ireland Luiten, Josie Westmoreland, Taylor MacDonald and Kaylee McKinney. The squad has had a busy season this winter, doing their best to ignite the fans during varsity basketball games at home and away.