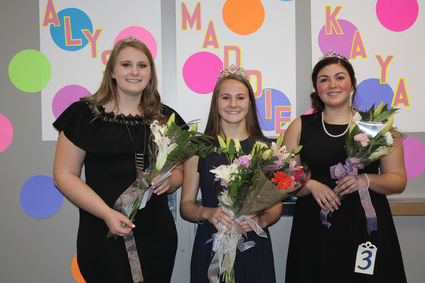 Princesses Kaya Kuchenbuch and Alyssa Iverson, also both juniors, make up the royal court. who will represent Odessa at area parades this spring, summer and fall.

Each candidate was judged on several factors, including academic record, involvement in school and community activities, interviews with the judges, their responses to impromptu questions during the program and an essay read to the audience during the program answering the question, "What does it mean to me to represent the commun...